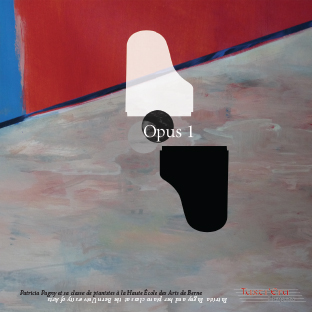 With the cooperation of Bern University of the Arts and YAMAHA Music Europe, GmbH

Performers of an emerging generation deliver their musical voice in this Tasti’Era recording. They find in doing so an opportunity to move the public in aid of suffering children around the world. This recording brings to light how each composer introduced himself to the public at large in master works charged with spirit, effervescence, urgency of love, sometimes of anxiety, sometimes anguish. The piano class of Professor Patricia Pagny at the Bern University of the Arts performs these pieces with brilliance. Texts from children and adolescents from all corners of the earth accompany the music. The cover by Camille Zisswiller, who is studying at the University of Visual Arts “la Cambre” in Brussels, leads into the accompanying booklet as into an exhibition. The driving idea of this project is “the young for the young, hand in hand” and the young musicians of Bern are placing their gifts at the service of less fortunate children helped by the French association “Enfants, Espoir du Monde” (Children, Hope of the World)